With over 2.5M views on YouTube – this film has not just been a crowd-favorite, it has also won some heavy-weight awards like the Silver Cannes Lion and Bronze Clio in 2014.

Of all the films we’ve done, this is the one that always brings a smile to viewer’s faces – probably because viewers are all too familiar with the roller-coaster called “parenthood” – where kids can be heart-meltingly cute for a moment, and totally mess with your priorities soon after.

Kids of a crawling age are tasked with a simple choice – something soft or something else. Whatever they touch, the parents can take home.

Seems simple enough – right? Except the old adage of filming with kids (and animals) is most certainly true.

When the Ogilvy team shared the brief with us, we were more excited about the core idea and where the film could go than the complexity of the project to come. The potential of the idea was great and we were delighted to be part of it.

The team at Ogilvy had seen some of our previous work with kids and they liked our approach of capturing true scenarios in an honest way – so we went and discussed how to tackle what we collectively believed could be a wonderful and fun film.

We came to the party with ideas around how to embellish Ogilvy’s great idea, and we also brought some key experiences of working with kids on our previous projects.

Finding twelve families with crawling-age-kids meant a narrow casting window – but we also had to cast families from Thailand, Indonesia and Vietnam, the target audience of the film.

Since we had a shortage of Vietnamese families, we visited Vietnam to cast families on the ground and we took our cameras to document a behind-the-scenes film that would supplement the final film.

At an early stage to building, we decided that we wanted an environment where real families could participate in a fun and engaging way. A safe and natural environment was key to the integrity of the film – because it’s hard to fake honest scenarios with real people.

The scheduling of the families was tricky – as anyone with young kids will know – you have a narrow window in the day that young children will be on form for crawling and to be inquisitive, so we had to map out naps and feeding times for our young cast, then plan their involvement from there.

Finally, we understood that it might be unnerving for parents to leave their kids in a space that was perhaps a little out of reach for them, so we had to set the parents up in a room that was literally adjacent to the kids. We had considered the parents to be with the kids or for them to cheer them on (like a footie manager), but it was decided that the aesthetic would be simpler and cleaner if parents and kid were separated.

The truth of filming with kids is that it can be a lot of fun – but the trick is to plan for all eventualities with plan B and C at hand. But sometimes they write their own scripts on camera – which can be a joy to explore. Most of the things the kids did in the film is what comes naturally to them – rolling over on their backs, crawling in the opposite direction and the occasional fit of laughter, all of which ended up in the final film.

Once we had the environment and vibe on set sorted – we turned our focus to getting the right coverage with our cameras. Knowing that kids will be kids, we had to get a lot of angles covered for all eventualities. Our primary cameras were two RED Epic cameras shooting 4K that gave us extra options in post-production. One camera on the parents and another on a dolly to track the kids. We then supplemented this setup with Canon 5D cameras with a birds-eye-view for geography – which really came into its own when one of the kids diverted away from the un-soft toy at the last moment.

Of course the film isn’t just about the scenario, we had to allow a second day’s shoot to allow for the filming of the props, the faceless professor’s hands and other crafted shots that didn’t involve the families. It was important that this aesthetic was allowed – to elevate the production value of the film and for it to feel like a crafted experiment.

By the time we stepped into editing – we were confident of weaving a number of different narratives that could potentially be included in the end film.

The fun of the experiment, the jeopardy for the parents and the cute kids framed by the laboratory environment really came together in the end in a fun and beautiful way, whilst remaining simple and real.

Looking back at this film we feel it’s a combination of all the great things that Hurrah can bring to a project; a motivated team with processes and familiarity to move quickly and efficiently on a technical and large scale project with multiple moving parts; creativity & the ability to weave a strong and fun narrative. 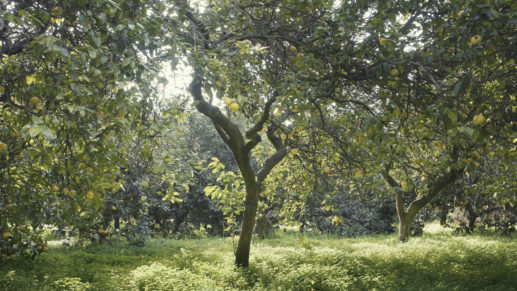